Singer, Dancer composer, recording artist and Performer. Dee began in Cuba as the age of 4. She sang in various events for high ranking government officials including president Fidel Castro. Dee joined the conservatory in Havana Cuba and was placed as the lead singer of “Los Soneritos” project at the age of 13 touring extensively in Cuba, and Mexico where she performed at the famous Quimera International Art Festival, “The Gardens UNEAC”, “The National Theatre of Havana”, The Capitolio, Art School Ciudad Libertad. Everyone sang in Dee’s home and was influenced by Ella, Billie, Nat King Cole and Whitney Huston. Dee performed with the world renowned Lizt Alfonzo Dance Company in Havana Cuba and at at the Americas Theatre in Havana. In Jun 29.1998 Dee arrived in Canada for her first tour with the big band “Los Primos” performing in the New Glasgow Festival of Culture. Halifax Africanribanza Parade, Neptune Theatre, Starligh Theatre in Lunengerg, Wolfville Acadian Jazz Camp, Halifax Atlantic Jazz Fest and many other venues. Dee’s second tour in Canada was due to begin on June 28 2000 at the Toronto Jazz Festival and June 29 in Montreal Jazz festival in Canada but due to flight complications the 2 gig’s were missed. Dee and Los Primos continued the tour with dates at EI confederation day, Atlantic Jazz Fest, Saint John Jazz Festival, Tallship in Halifax and other venues in the Atlantic Canada later that year Dee moved to Toronto making Canada her home. There she worked as Singer with different Bands with very different music styles such as Pedras Da Rue singing fusion bossa Novas, the James Bryan McCollum Jazz group from the Canadian pop duo Prozzäk, Cassava Latin Rhythms who performing various musical styles of Latin America at this point not only growing at a singer but as an artist. Crating what her style is today. While in Toronto Dee payed in many festivals and venues such as Ritmo y Color Latín Festival Toronto, Harbourfront, Taste of Danforth Festival, Hamilton and Oakville Jazz festival and Ritmo, Cafe Habana, Lula Launge just to name a few and recorded a song in a children’s album at Canadian Studio Metal Works with Fisher Price. Dee returned to Atlantic Canada to do a concert in Saint John NB at the Imperial theatre. She began working with her band on her own original music. While continuing to play her own original music live at different music festivals such as the Harvest Jazz and Blues Festival playing, KV music Fest, Afrop-Cuban and Jazz festivals like the Drums Festival in Halifax, Cultural expressions Fredericton and Latin Festical Hola Saint John. In 2003 Dee did the audition for season 3 of Canadian Idol making the top 11. Co-writting with members of Canadian pop/Rock band the Moffatt Brother she recorded her first Album. From that moment Dee has continued crafting and perfecting her sound and creating music that has brought her to this moment. The rebirth of DeeSalsa…. She has been called “A world Class Jazz Singer” by Sass Jordan 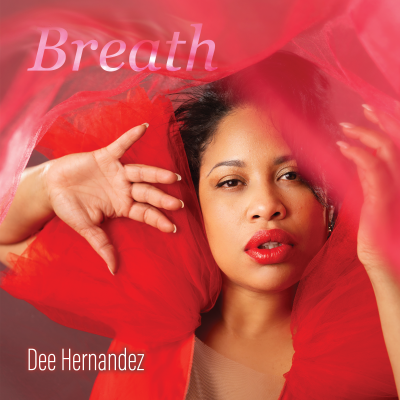